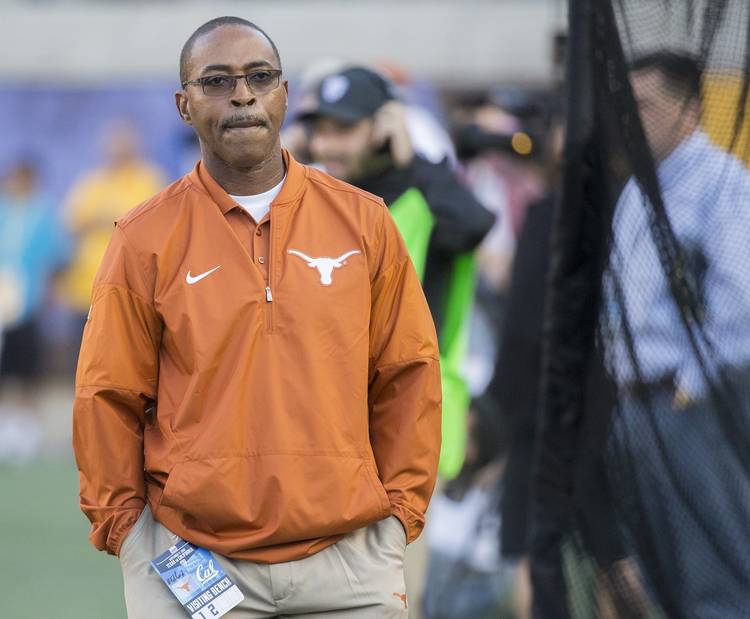 Texas coach Charlie Strong said Monday that he’ll be evaluating his assistant coaches over the next two weeks in the wake of a disastrous defensive performance at California.

That could mean nothing. It could mean that defensive coordinator Vance Bedford’s job status could be in jeopardy.

“I’ll look at it here the next couple of weeks,” Strong said on the Big 12 coaches teleconference. “Each coach will be evaluated and we’ll see where we go from here.”

Strong was also asked about the defensive problems. The coach sighed and said, “Where to start at?”

Poor tackling and giving up big plays were the two top issues, Strong said. The Longhorns gave up more than 500 total yards in the 50-43 loss against the Golden Bears. Texas now sits eighth in the Big 12 having allowed 34.7 points pregame during its 2-1 start.

Strong has shown he will make changes during the season. Last year after a 38-3 loss at Notre Dame in the season opener, Strong demoted then play-caller Shawn Watson and elevated receivers coach Jay Norvell.