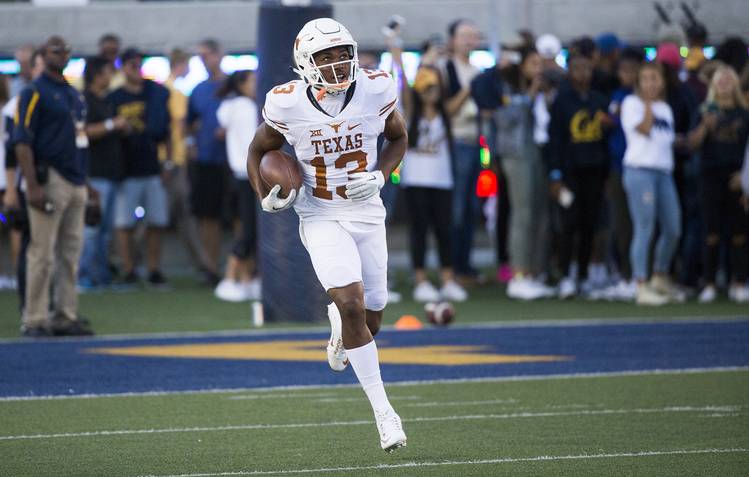 Texas Longhorns Jerrod Heard against Cal Golden Bears during the pre-game warm up of a NCAA college football game, Saturday, September 17, 2016 at Memorial Stadium in Berkeley, California. RICARDO B. BRAZZIELL/AMERICAN-STATESMAN

One of the storylines of the Texas season so far has been Jerrod Heard’s switch from quarterback to wide receiver.

Heard’s transition has looked seamless through the first three games, as he’s racked up 10 catches for 129 yards and a pair of touchdowns. Both of those scores came against UTEP — on his birthday, no less.

Longhorn Network released a video feature on Wednesday that gives an in-depth look at how Heard made the switch.

Texas to play in power-packed Phil Knight Invitational in 2017