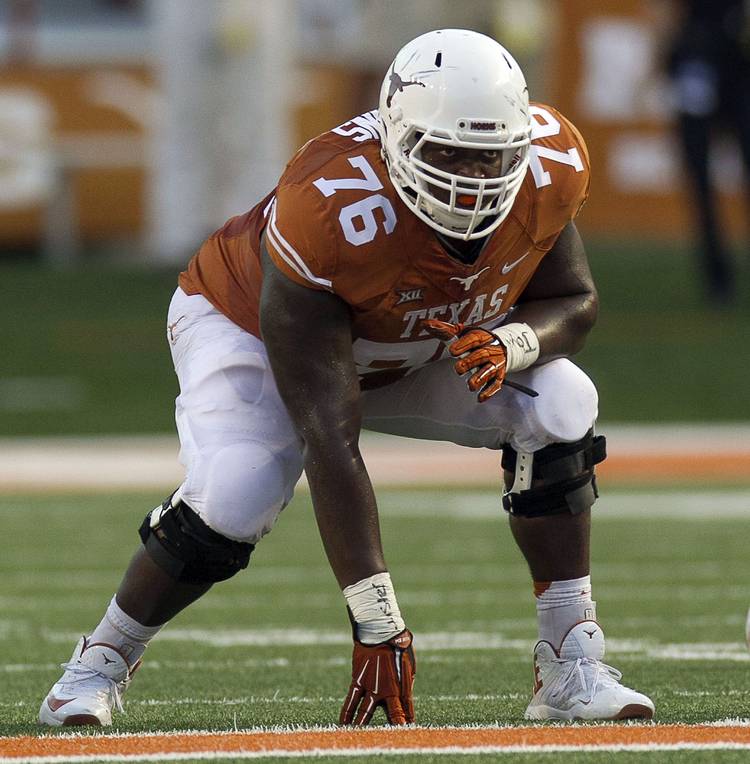 Kent Perkins lines up against BYU during the first half of action held at Darrell K Royal-Texas Memorial Stadium in Austin, Texas, on Saturday, September, 6, 2014. (RODOLFO GONZALEZ / AMERICAN-STATESMAN)

Texas head coach Charlie Strong announced on Monday that Perkins has been suspended for one game. Perkins must also complete counseling and community service, and he will be subject to additional in-house punishments. Perkins, who was arrested and charged this past Friday, will address the media later today.

“It is where it is,” Strong said. “I said to him, now you’ve got to gain back the respect of your teammates.”

Sophomore right guard Alex Anderson is listed as Perkins’ back-up on Texas’ depth chart, and he replaced an injured Perkins against UTEP.

Strong said Perkins’ teammates should have helped him Friday:

Strong said Perkins' teammates should have helped him out before his DWI.

He also offered this advice to his players (those of age to drink) on drinking:

Strong on his message about drinking to players: "Drink the first one, sip the second one and let the third one go."

Strong did also say Perkins will meet with the media later Monday:

Charlie Strong’s press conference: Bedford is in, Perkins is out