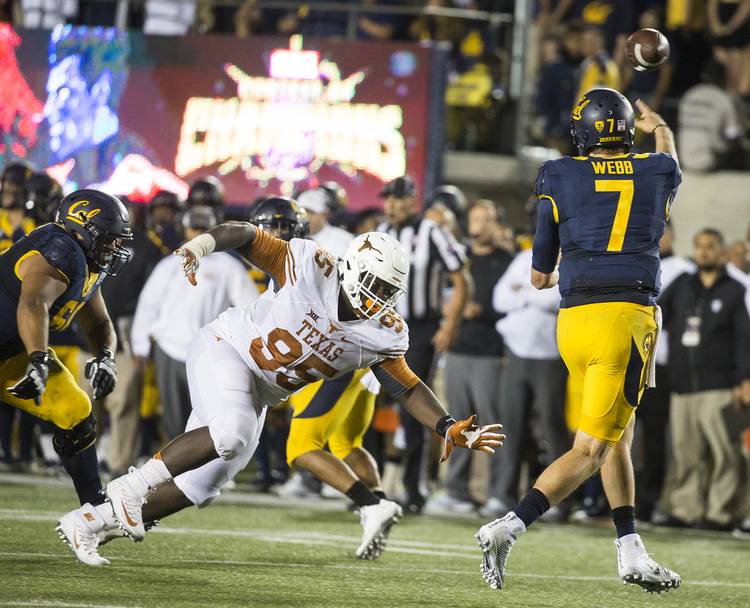 Texas Longhorns #95 Poona Ford puts the pressure on QB #7 Davis Webb against Cal Golden Bears during the second half of a NCAA college football game, Saturday, September 17, 2016 at Memorial Stadium in Berkeley, California. RICARDO B. BRAZZIELL/AMERICAN-STATESMAN

While Texas stayed home last week, Baylor made a bit of a power move with its win over Oklahoma State.

The Bears are No. 1 in the Austin American-Statesman’s Big 12 football power poll, with the Longhorns sitting at No. 5. Texas can move up at least one spot if it can grab a win Saturday in Stillwater.

Longhorns in the NFL: Week 3