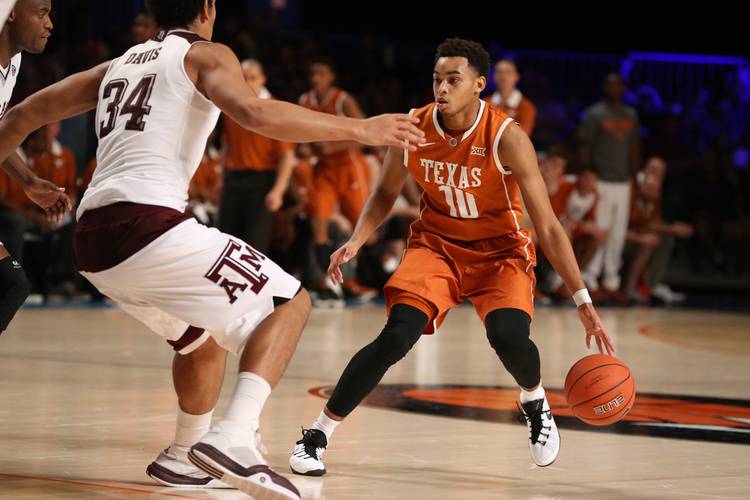 Texas guard Eric Davis was named the Big 12's newcomer of the week for his three-game performance at the Battle 4 Atlantis tournament.

Look at the smiles on these kids’ faces as they were visited in the hospital by members of the Texas men’s basketball team.

It’s always good to see athletes help out in the community, especially when you can tell they genuinely enjoy it. Sophomore Eric Davis Jr. made a little girl’s face light up when he told her to ask Shaka Smart to let the team sleep in sometimes.

Coach Smart didn’t look thrilled at the idea, but he was happy to take the joke. The whole group, including Smart, looked like they had a great time.

Texas stays at No. 5 in Big 12 football power poll