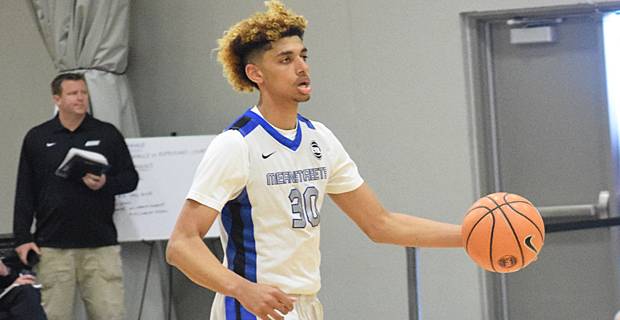 Brian Bowen, a 5-star prospect from the 2017 recruiting class, included Texas when he narrowed his list of potential schools to six on Wednesday.

Bowen is a 6-foot-7, 185-pound forward who is ranked No. 17 overall and No. 1 in the state of Michigan by 247Sports.com. He is from Saginaw, Michigan, but has attended La Lumiere School in La Porte, Indiana — a national basketball power — since his junior year.

The 17-year-old placed the Longhorns alongside Michigan State, Arizona, UCLA, NC State and Creighton as schools he is still considering.

Bowen transferred to La Lumiere from Arthur Hill High School in Saginaw, where he played with current Texas sophomore Eric Davis Jr. Michigan State is considered the favorite to land Bowen, who is teammates with Spartans commit and fellow 2017 5-star Jaren Jackson.

Bowen has been on the national radar for quite some time. As a high school sophomore in 2014, MLive reported he already had offers from Michigan State, NC State, Iowa, Iowa State and Kansas — among others.

Date and time set for Texas Tip-Off at Gregory Gym