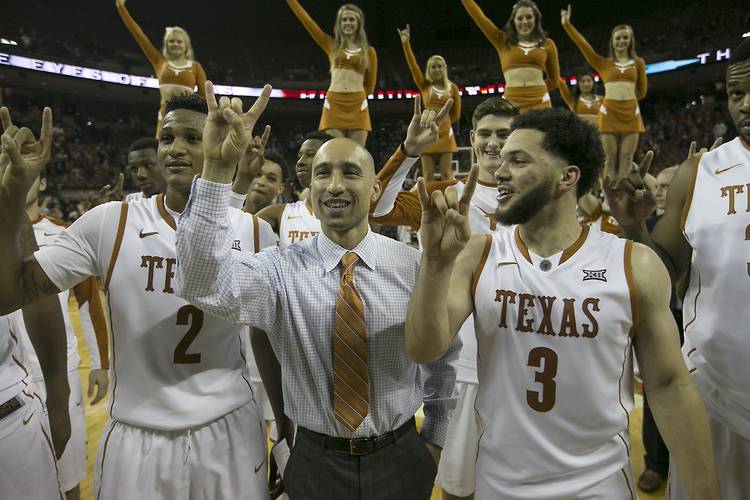 Texas new head coach Shaka Smart and his basketball team defeated Texas A&M Corpus Christi 67-56 in their home opener at the Erwin Center Saturday night November 21, 2015. Smart is surrounded by his players including Demarcus Holland, left, and Javan Felix, right, as they sing the Eyes of Texas after their win. RALPH BARRERA/ AMERICAN-STATESMAN

Texas announced Wednesday that it will host the Texas Tip-Off at 7 p.m. Oct. 20 inside Gregory Gym. Admission to the intrasquad scrimmage is free, but tickets must be claimed in advance via the athletic department website.

The event will give fans a first glimpse at the 2016-17 Longhorns, including a first chance to see ballyhooed recruit Jarrett Allen and the rest of coach Shaka Smart’s top-five recruiting class in uniform.

Tickets will open to the general public beginning Friday, Sept. 30, and seating will be general admission for the event. Doors will open at 6 p.m., with contests, prizes and entertainment provided for early arrivals. Raising Cane’s will also provide free food for UT students on a first-come, first-serve basis.

Texas is coming off a 20-13 season which ended in the NCAA Tournament. The Longhorns are expected to compete for the postseason again, with some outlets placing expectations even higher for 2016-17.