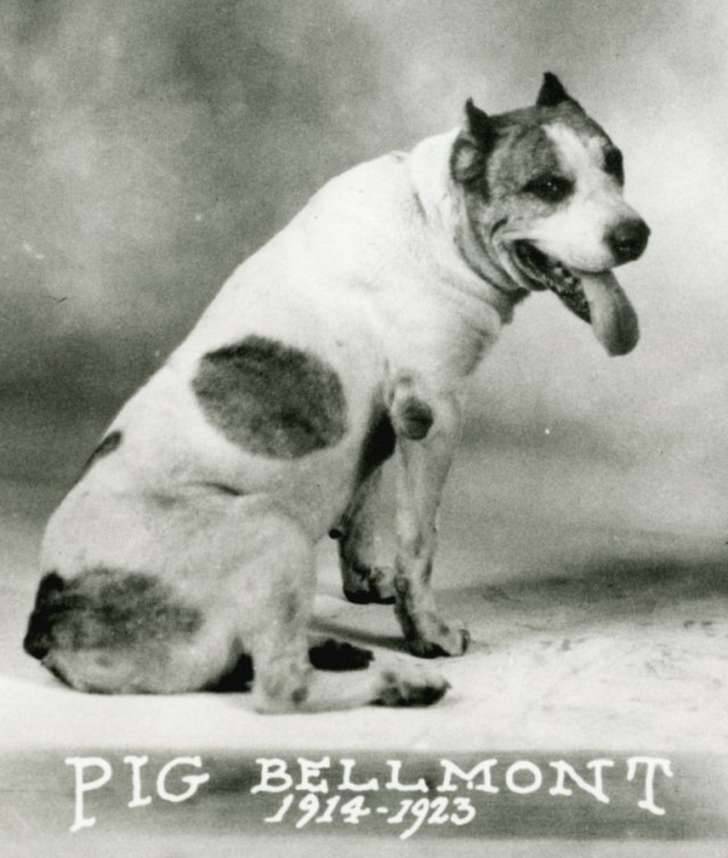 Long before Bevo XV, there was a canine mascot who ruled the Texas athletic scene.

Pig Belmont was his name, and he was the longtime pet of athletic director L. Theo Bellmont (1881-1867), the namesake of UT’s Bellmont Hall. The tan and white dog was so beloved that his death in 1923 warranted a funeral procession led by the Varsity Band.

This canine rival to Texas A&M’s pup, Reveille, according to Alcalde magazine, was born in Houston on Feb. 10, 1914. He would tag along with his human — also a professor of physical training and men’s basketball head coach — to work every day. He was named for Gus “Pig” Dittmar, who played center for the football team.

You can find the full story on Pig Bellmont here.