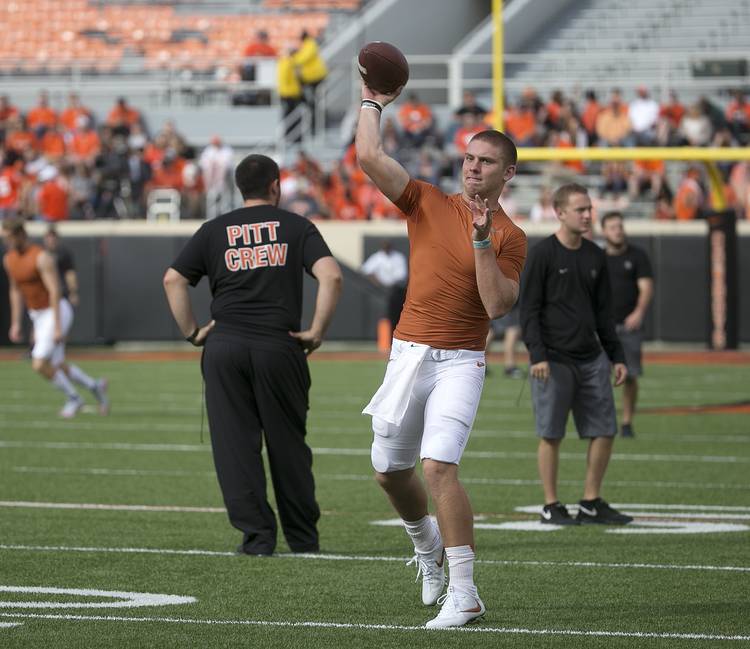 Texas and Oklahoma State kick off at 11 a.m. in Stillwater, and the Cowboys will debut a new look for the Big 12 opener at T. Boone Pickens Stadium.

Oklahoma State’s athletic department tweeted out a photo of the all-black uniforms, and Instagram account Boone Pickens State snapped a shot of the helmets, which are the star of the getup.

RELATED COVERAGE: The Big 12 looks winnable this year, but is Texas a team that can win it?

The lids are understated, with a flat black base and a silver star and facemask. However, the all-black jerseys are an interesting choice for an 11 a.m. kickoff under the Oklahoma sun. Maybe someone forgot to tell the Cowboys the weather is actually supposed to be nice this Saturday.

Here’s a look at the new helmet and uniforms.