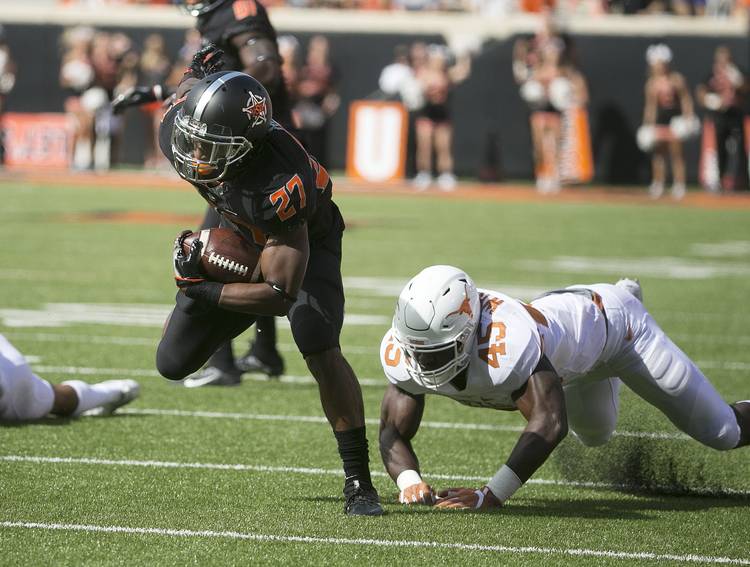 Texas's Anthony Wheeler misses a tackle as OSU's Justice Hill gets a first down during the first quarter at Boone Pickens Stadium in Stillwater, Ok., on Saturday, October 01, 2016. DEBORAH CANNON / AMERICAN STATESMAN

There was plenty of blame to go around after Texas fell 49-31 to Oklahoma State on Saturday in Stillwater, and Longhorns fans didn’t mind pointing fingers.

Here are some of the best (and worst) reactions from the loss:

A live look at the #Texas defense pic.twitter.com/BUmW9lcIfQ

"So Texas, what changes are going to be made to the defense?"

That was one of the worst displays of tackling I've ever seen by a Texas Longhorn squad. Vance Bedford is in trouble….#OKSTvsTEX

Last Longhorn game Vance Bedford coaches? Might have just seen him walk off the field in burnt orange for the final time. #TexasvsOKSt pic.twitter.com/xO5RFJcXlf

Another brutal defensive performance. Have to wonder whether Vance Bedford will be the Longhorns defensive coordinator moving forward.

I've had enough of this crap. Charlie Strong and Vance Bedford need to be shown the door.

I really like Charlie Strong, but this team has too much talent to be playing this poorly. The defensive play this season is inexcusable.