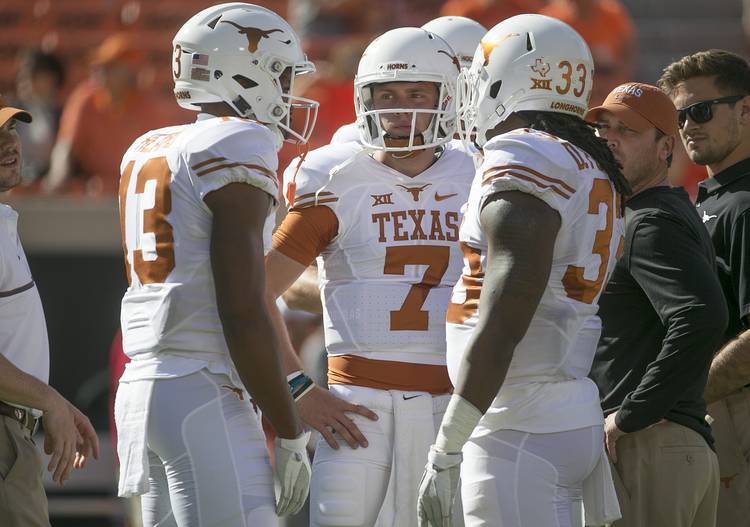 After going down 14-0 to start, Texas pulled back a touchdown late in the first quarter to cut the Oklahoma State lead in half.

Shane Buechele hit Dorian Leonard for a long gain down the right sideline. The play was called a touchdown on the field, but Leonard was ruled to have stepped out upon review.

The 18-Wheeler made an appearance on the next play, with Tyrone Swoopes barreling in for the score.

#HookEm Dorian Leonard out at 2. Swoopes scores on next play to makes it 14-7 #OKState 5:50 1Q pic.twitter.com/4ur3HCxWtl

Zebras rule that Leonard stepped out at the 2. 1st-and-goal for the Longhorns after that 49-yard catch. #HookEm https://t.co/l8JA7HGozo

The good news? The #Horns just scored. The bad news? The defense is coming back out. Will they tackle this series? #hookem #OKState