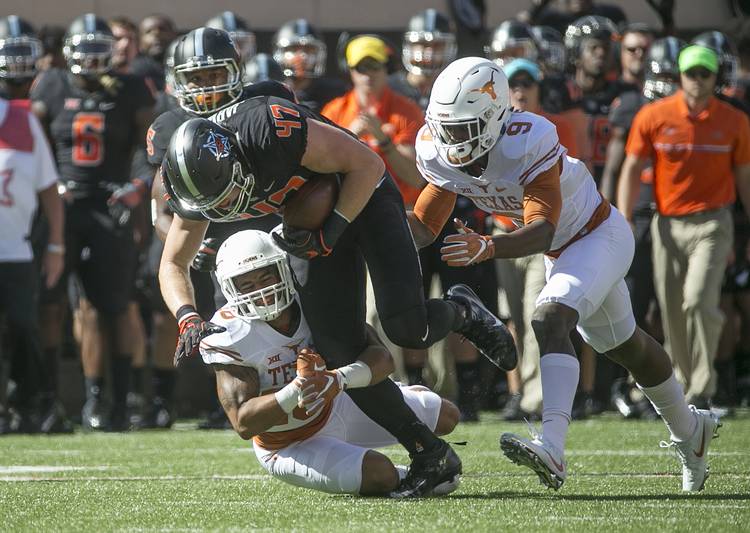 The second drive for Oklahoma State went a lot like the first, as the Cowboys carved up the Texas defense for another touchdown.

This time the score came courtesy of a 54-yard catch and score by James Washington, after the Oklahoma State star caught a short pass from Mason Rudolph.

Washington was able to evade Longhorns defenders and then blew by everyone to reach the end zone.

Great play by James Washington but #HookEm is making this look too easy. 14-0 #OKState. pic.twitter.com/nju78AP4q3

Texas can't cover today. Can't tackle. Too easy for #OKState. #Horns about to get embarrassed in Stillwater if they don't wake up.