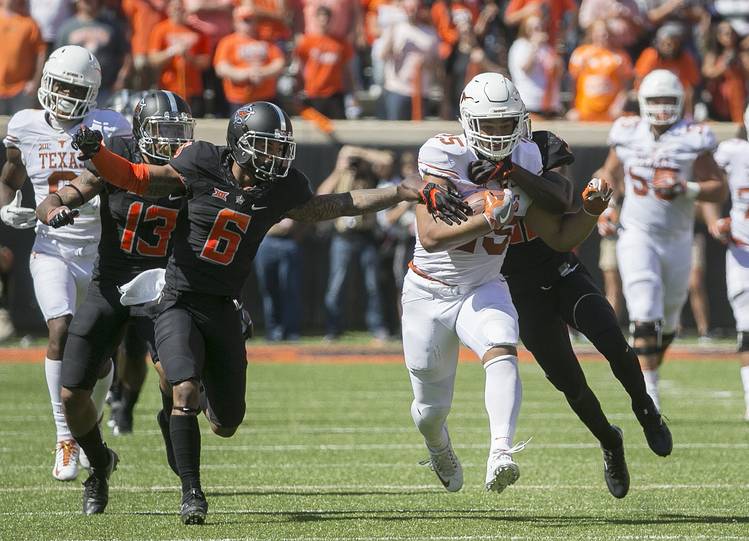 Texas punter Michael Dickson has some experience running with a ball in his hands.

Dickson got to show off his Australian rules football experience early in the third quarter against Oklahoma State, when he took off for a 6-yard gain and a first down on a fake punt.

Texas did eventually punt after the offense failed to pick up a first down on its next set of plays.

Texas opens the second half with a punt.

By punt, I mean that rugby-playing punter Michael Dickson runs for six yards and a first down. https://t.co/8dZstNuwWq

WATCH: Tyrone Swoopes shows off some dance moves on the Texas sideline