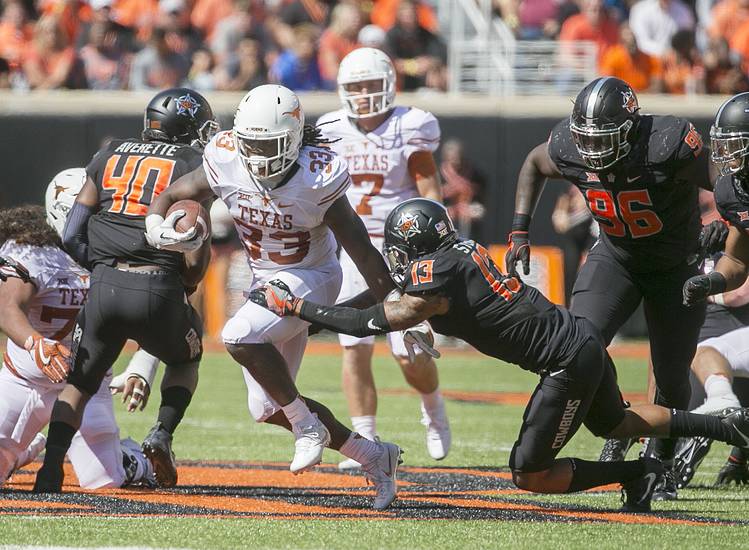 Texas bounced back from a costly interception by quarterback Shane Buechele in the third quarter, cutting into the Oklahoma State lead with a 62-yard touchdown by D’Onta Foreman.

Touchdown Texas: Foreman takes it all the way. #Hookem pic.twitter.com/4RInuja2Sv

This time, Texas opted to go for two rather than risk a fourth extra-point block of the game. It didn’t work, as Tyrone Swoopes was stuffed at the line of scrimmage.

D'Onta Foreman isn't ready to get on the plane yet. 62-yard run keeps Texas in this game. EXPT pending… and we do mean pending. #HookEm