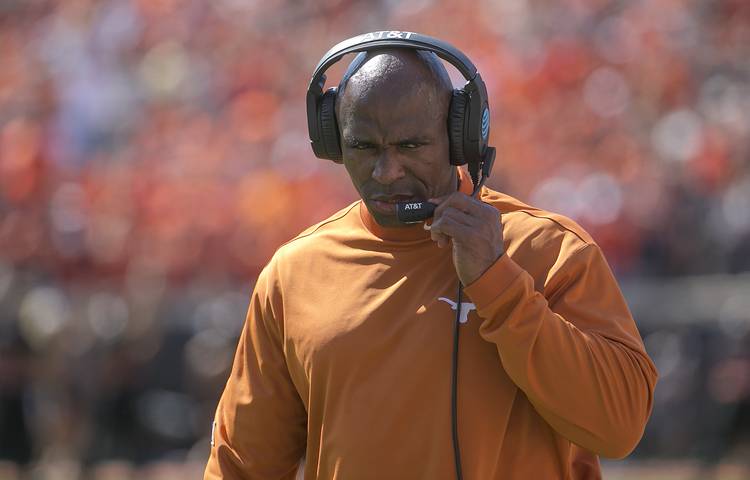 Texas's head coach Charlie Strong talks to coaches in the booth after a play against OSU in the fourth quarter at Boone Pickens Stadium in Stillwater, Ok., on Saturday, October 01, 2016. DEBORAH CANNON / AMERICAN STATESMAN

What will be the hot topic today? Ping-pong perhaps?

Follow Texas coach Charlie Strong’s press conference as the coach is expected to address the defensive coordinator situation as well as rival Oklahoma, who the Longhorns play at 11 a.m. on Saturday.