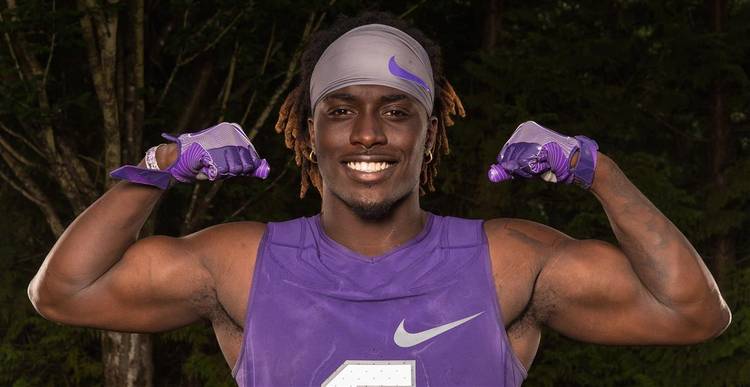 Dylan Moses, the No. 3-ranked recruit in the nation and standout linebacker in the Class of 2017, picked Alabama over Texas and LSU on Sunday.

Moses was originally committed to LSU, his home state where he played high school football before transferring to the IMG Academy in Florida for his senior year. Moses, a 6-foot-2-inch, 235 pound linebacker known for his athletic ability, committed to LSU when he was just 15-years-old but decommitted in August 2015. Texas quickly jumped in a mix of high-profile programs pursuing Moses, including Ohio State, Miami and Houston.

Moses was scheduled to visit Texas later this season, but ESPN reports he no longer plans to visit any other campuses, essentially ending his recruitment.

The commitment is another feather in Alabama’s houndstooth fedora, as the Crimson Tide strengthens a class that now includes 21 commits and four 5-five star players. The class, as of October, is ranked No. 2 in the country by 247 Sports, trailing only Ohio State and its six committed five-star players.

Texas, ranked 43rd in 247 Sports’ current rankings, has eight committed players from the Class of 2017. With Moses off the board, the Longhorns’ top-ranked targets include four in-state five-star players: defensive back Jeffrey Okudah of South Grand Prairie, linebacker Baron Browning of Kennedale and offensive lineman Walker Little and defensive lineman Marvin Wilson both of Bellaire Episcopal.