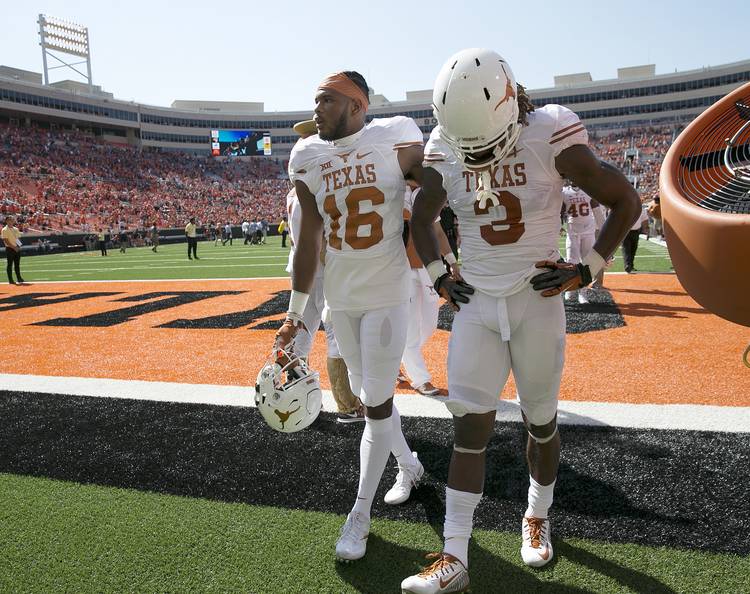 It’s been a rough few weeks for Texas, with 99 points given up the past two games to California and Oklahoma State. Hardly anyone is playing defense in the Big 12, but few are doing it worse than the Longhorns.

Because of that, their stock is dropping fast — all the way down to No. 7 in this week’s Austin American-Statesman Big 12 power poll.

A win over Oklahoma this weekend in Dallas would be a huge boost, but can Charlie Strong get it done for the second year in a row?

Texas RB Chris Warren could be lost for the season