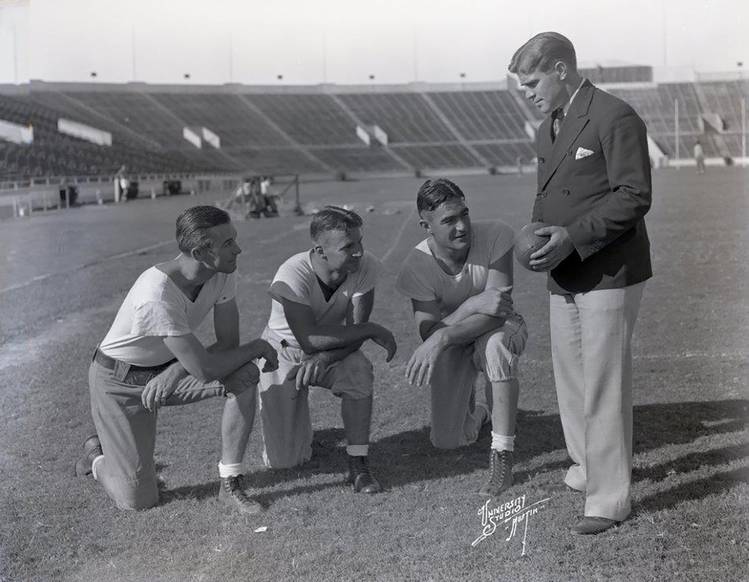 Which Longhorns head men were the best at doing the latter? The answer may surprise you.

(Note: The only requirement to be on this list was to coach three games against the Sooners. Several coaches from the early days were 1-0 or 2-0.)

Mostly known for his 41-year career as the Longhorns’ track and field coach, Littlefield also had a tremendous track record against Oklahoma when he coached the Texas football team from 1927-33.

The teams didn’t play during his first two seasons, but Littlefield ensured that 87 straight years and counting in Dallas got off to the right start. The Longhorns defeated the Sooners four straight times before losing in his final season as coach.

Bible (1937-46) got off to a rocky start at the Texas State Fair, with a tie and two losses in his first three seasons. After that, he went a perfect 7-0 against the Longhorns’ bitter rival, bringing the program to national prominence. He went 5-0 against Oklahoma coach Snorter Luster, and beat a pair of Big Six Conference champions in 1943 and 1944.

Texas had its most success under Royal (1957-76), but it also went through a fair amount of heartbreak in Dallas. After losing to Oklahoma in his first season, Royal’s Longhorns reeled off eight straight against the hated Sooners — including signature wins when Oklahoma was ranked No. 2 (1958) and No. 1 (1963).

After back-to-back national championships in ’69 and ’70, Royal never beat Oklahoma again. In fact, the Longhorns got blown out three consecutive times before close losses in ’74 and ’75.

In the fourth and final meeting between Royal and Sooners legend Barry Switzer, Texas earned a 6-6 tie against the No. 3-ranked Sooners.

McWilliams (1987-91) coached some of the most memorable games in the historic Texas-Oklahoma rivalry. The first two were rather forgettable, as the Longhorns lost by double digits in each.

Then came the arrival of freshman quarterback Peter Gardere, who changed McWilliams’ fortunes against the Sooners and provided some of the most thrilling finishes in the rivalry’s history.