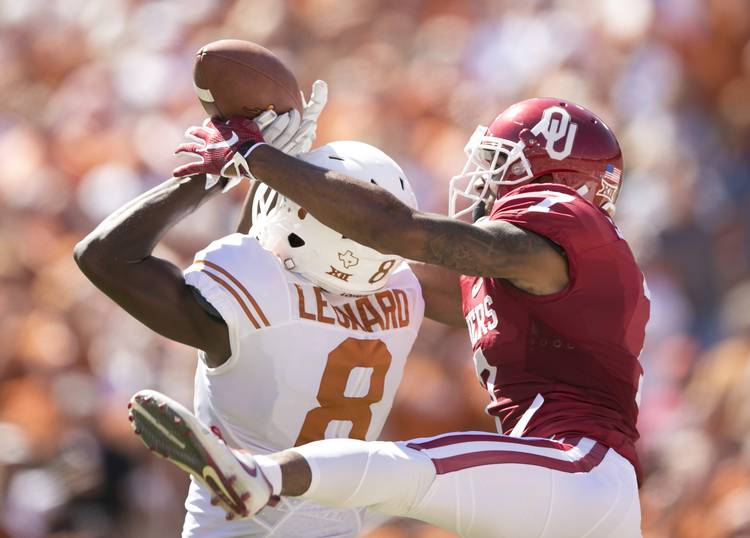 We’ve got a bit of a shootout in the Red River Showdown.

After Oklahoma regained the lead in the third quarter, Texas quarterback Shane Buechele completed another long touchdown to put the Longhorns back on top.

This time, wide receiver Dorian Leonard was on the other end, and he made a great catch to complete the 45-yard score. After the extra point, Texas led 27-21 with 10:43 left in the third quarter.

Wow. Dorian Leonard with a terrific grab of a 45-yard bomb, and the Horns are back on top. Excellent handiwork there, Dorian. Excellent.

Feeling like a Big 12 game now. Buechele has that deep throw back in his arsenal. Great catch by Dorian Leonard. 27-21, Texas.