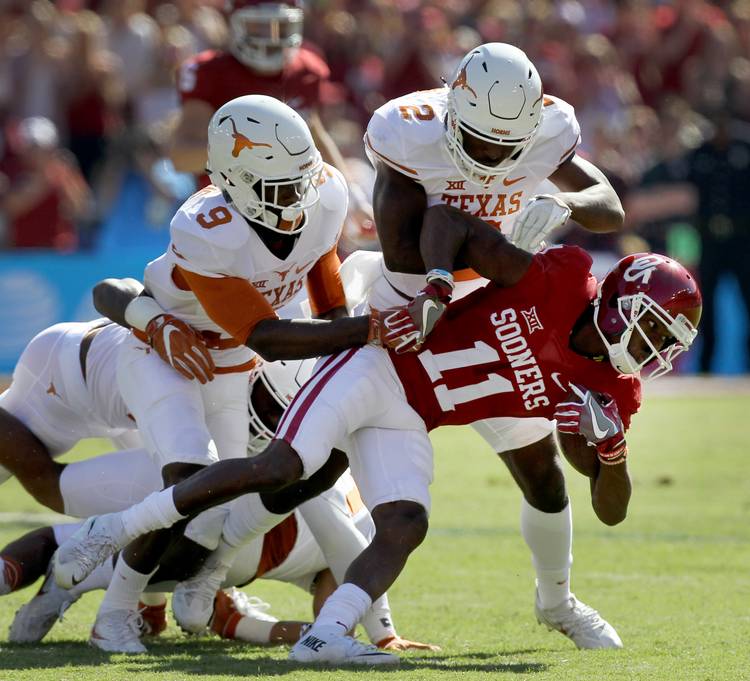 Wesbrook got behind the Longhorns secondary and had 5 yards of separation when Mayfield hit him around the 20-yard line.

If he's even, he's leavin', per Charlie Strong. That's exactly what Dede Westbrook just did to Davante Davis. That's a 71-yard score.

That's the longest scoring play against Texas this year.