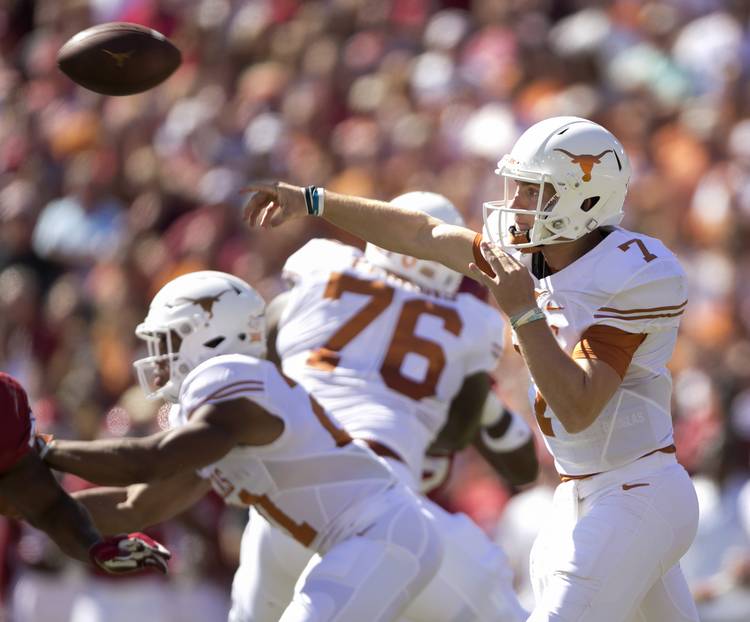 Texas opened the second half with a bang.

Trailing by one to start the third quarter, the Longhorns got the ball and Shane Buechele fired them into the lead with a long touchdown pass to Devin Duvernay. The 63-yard pass put Texas up 20-14.

Shane Buechele dropped that Pass in there perfectly https://t.co/OQWDV876mm

Golden: Horns in position for the upset at the half