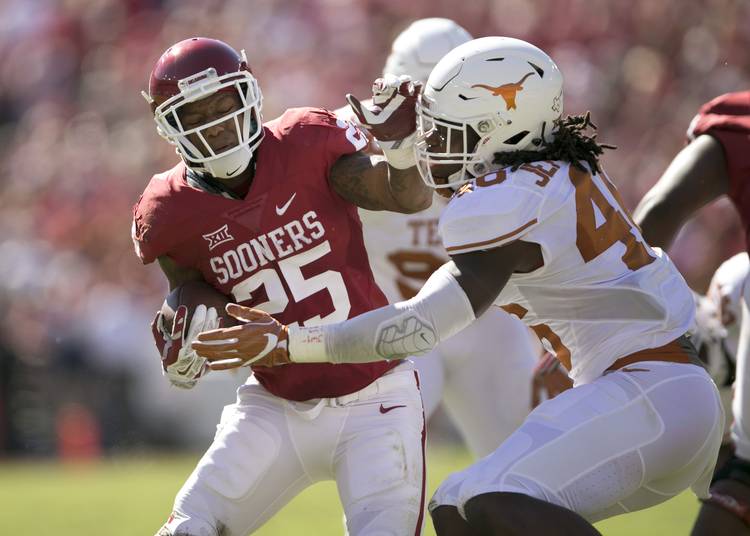 Texas defensive back Dylan Haines nabbed his second interception of the first quarter on Oklahoma quarterback Baker Mayfield, but the Sooners thought there should have been a penalty called on the play.

A pair of Longhorns defenders appeared to run over the Sooners receiver the pass was intended for, leaving Haines by himself to pick off the pass.

2 picks for Dylan Haines! Was there a missed call? 👀 #RedRiverShowdown https://t.co/EOXGp83WzH

Dylan Haines on pace for 63 interceptions at the State Fair. #HookEm

I mean, seriously, how was that not pass interference?