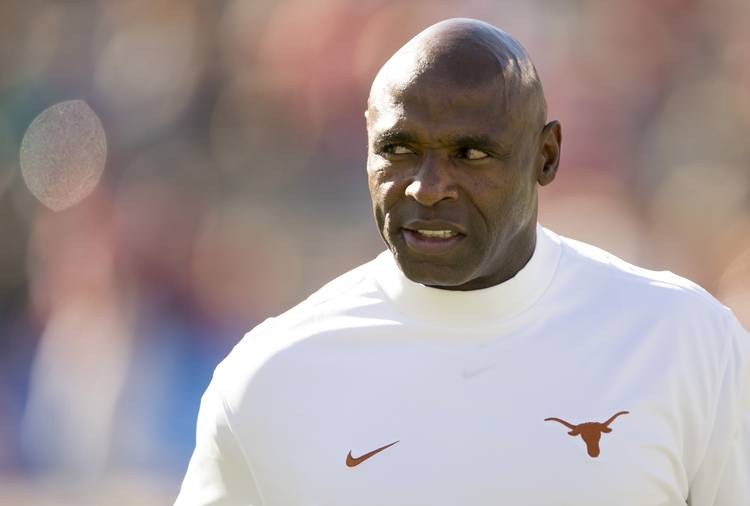 UT Hed Coach Charlie Strong watches his team warm up before the game against OU at the Cotton Bowl in Dallas Saturday October 8, 2016. JAY JANNER / AMERICAN-STATESMAN

At long last, Texas has its first interception of the season.

Oklahoma wide receiver Mark Andrews appeared to secure a catch for a first down, but Longhorns defensive back Dylan Haines took it right out of Andrews’ hands near midfield.

Not a bad start for the defense under new coordinator Charlie Strong.

Texas gets this interception handed to them… literally #TEXvsOU pic.twitter.com/GR5FA8qFl9

Texas finally gets a much-needed turnover. Mark Andrews appeared to catch it, but that looks like a Dylan Haines INT.

One play later, Haines comes up with an interception that was knocked out of an OU receiver's hands. #HookEm https://t.co/TbKvsAItmE