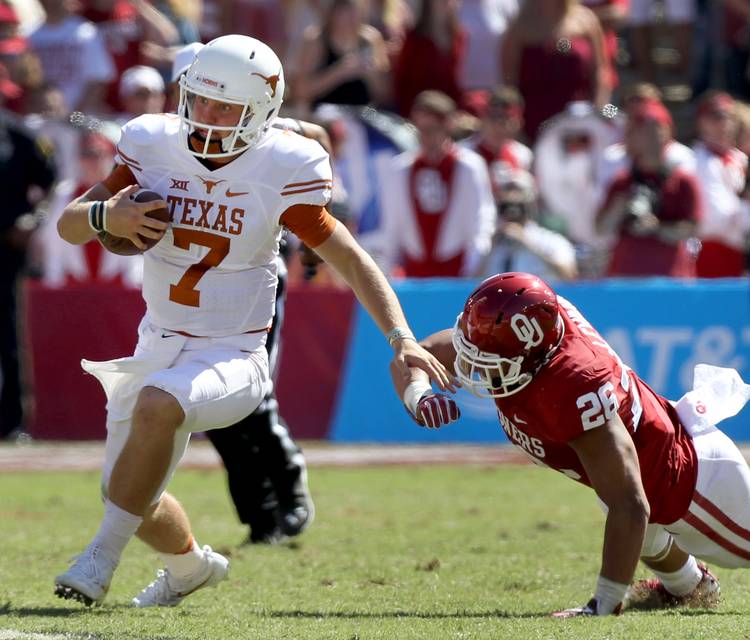 For a few brief seconds, it looked like Texas might pull off one of the craziest game-winning plays in football history.

Instead, a sequence of laterals ended in a 10-yard loss and a 45-40 Oklahoma win on Saturday at the Cotton Bowl.

After being chased out of the pocket, Longhorns quarterback Shane Buechele made it all the way to the 40-yard line before pitching the ball to Dorian Leonard. The play went downhill from there.

Final play of the #RedRiverShowdown: