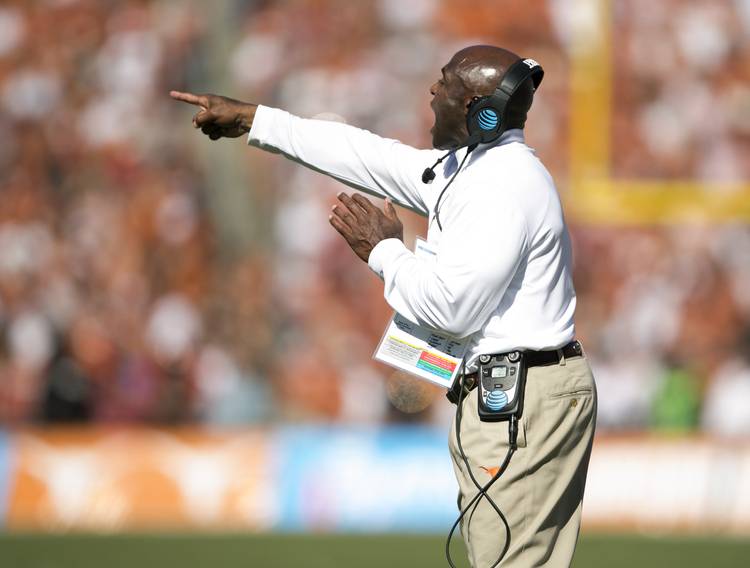 After defensive pass interference and personal foul penalties gave Texas a short field, the Longhorns retook the lead over Oklahoma with a short touchdown run from D’Onta Foreman.

D'onta Foreman takes it in from one yard out to give #Texas the lead #RedRiverShowdown pic.twitter.com/VA6G98194v

If you're keeping track, Texas' 10 points have been set up by a pick and a 30-yard penalty play. OU got its TD off a Texas fumble. #HookEm