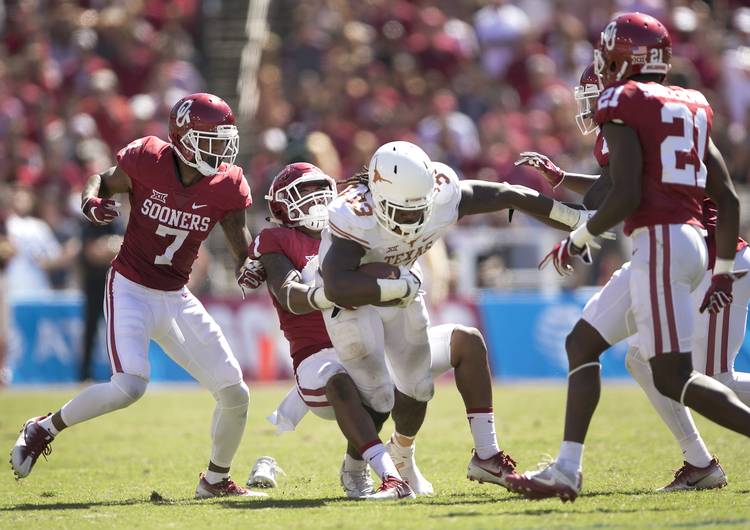 Texas gave itself a chance late in the fourth quarter when running back D’Onta Foreman sliced through the Oklahoma defense for a 23-yard touchdown.

The score cut the Sooners’ lead to 45-40, but the Longhorns couldn’t convert the two-point conversion and Oklahoma recovered the ensuing onside kick.

It's not over! D'Onta Foreman scores a big TD late in the 4th quarter. #RedRiverShowdown https://t.co/1Rsa30OVaO