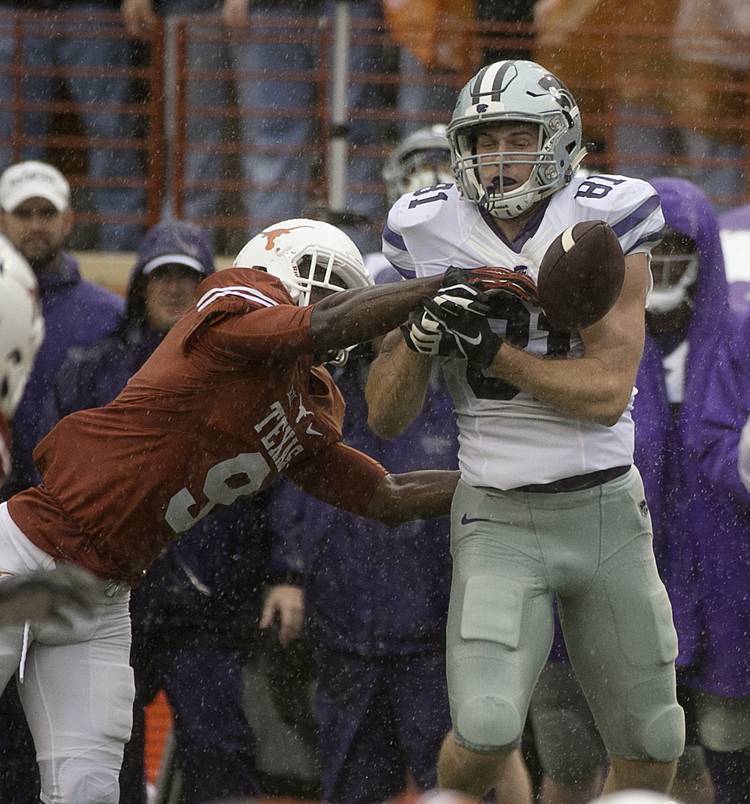 Texas's Davante Davis breaks up a pass intended for Kansas State's Kyle Klein during the second half of their game at Royal Memorial Stadium on Saturday, October 24, 2015. DEBORAH CANNON / AMERICAN-STATESMAN

Next week in Kansas, Texas will have its eggs served with a side of football.

The Big 12 Conference has announced that Texas and Kansas State will kickoff at 11 a.m. when the two football teams meet on Oct. 22. The game will be televised on ABC, ESPN or ESPN2. Texas has had a mid-morning kickoff in each of the last two weeks, but the Longhorns will play Iowa State at 6 p.m. on Saturday.

This will mark the 17th meeting between Texas and Kansas State, and the Wildcats hold a 9-7 lead in the all-time series. Texas enters this week’s game with Iowa State with a 2-3 record, while Kansas State will try to improve on its 3-2 mark against Oklahoma.

Texas pledge Sam Ehlinger out for the season with thumb injury