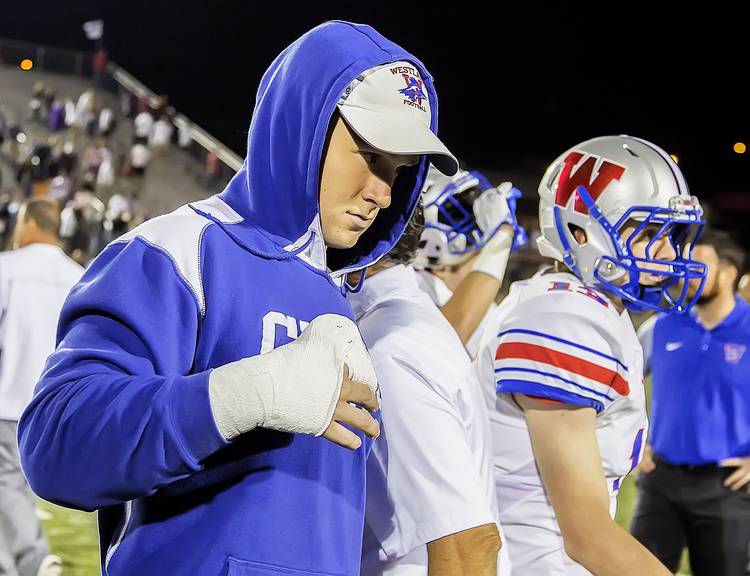 The University of Texas-bound senior was hurt while scrambling in the backfield during a 49-7 loss to Lake Travis Friday night at Cavalier Stadium. After the game Ehlinger, his thumb wrapped with ice, said he expected to return this year.

Those plans changed after having X-rays of the thumb taken during the weekend.

To make matters worse for the Chaparrals, backup quarterback Matt Gense has been declared out for the season, too. He broke his collar-bone during a victory over Hays on Sept. 3.

That means Westlake will move forward with its No. 3 quarterback, sophomore Taylor Anderson, who played more than three quarters in Friday’s game against Lake Travis.

It’s been a difficult senior season for the 4-star recruit from the Austin area. Ehlinger already underwent knee surgery after the first game of the season and had only recently returned to the field.

Ehlinger is one of the top-rated quarterbacks in the state and the reigning AP Texas Offensive Player of the Year. He led Westlake to the 2015 Class 6A, Division I state title game and participated in The Opening over the summer.

He spoke before the season about his senior year and the Longhorns with Kirk Bohls and Cedric Golden on the “On Second Thought” podcast.