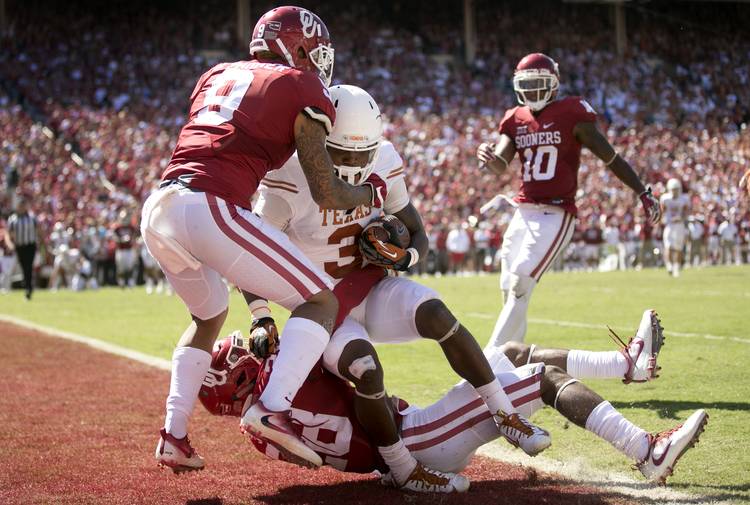 Texas receiver Armanti Foreman stood up in the Cotton Bowl locker room and spoke from the heart after Saturday’s 45-40 loss to rival Oklahoma.

Several players said Foreman and offensive lineman Kent Perkins both gave rousing speeches, pleading with teammates to keep their heads up and stay motivated despite a three-game losing streak.

“I just speak out of emotion,” Foreman said after Tuesday’s practice. “I’m not really sure what I said. I don’t remember. It all came from the heart.”

Foreman said several players are capable of giving team speeches. There’s not much preparation, though, not that there needs to be. “I don’t think about if I’m going to say something. It just comes out,” Foreman said.

Asked to judge the mood inside the locker room, Foreman said, “I see guys flying around, I see guys doing the right things, kind of getting their mind right and focused in and ready to win a football game.”

Texas defensive tackle Chris Nelson said there would be a defensive players-only meeting on Monday to discuss the unit’s struggles. Iowa State (1-5, 0-3 Big 12) comes to Austin averaging just 26.7 points per game. However, this is the same bunch that posted a 24-0 shutout over Texas last season in Ames.

Lil’Jordan Humphrey now at running back, maybe some defense, too?