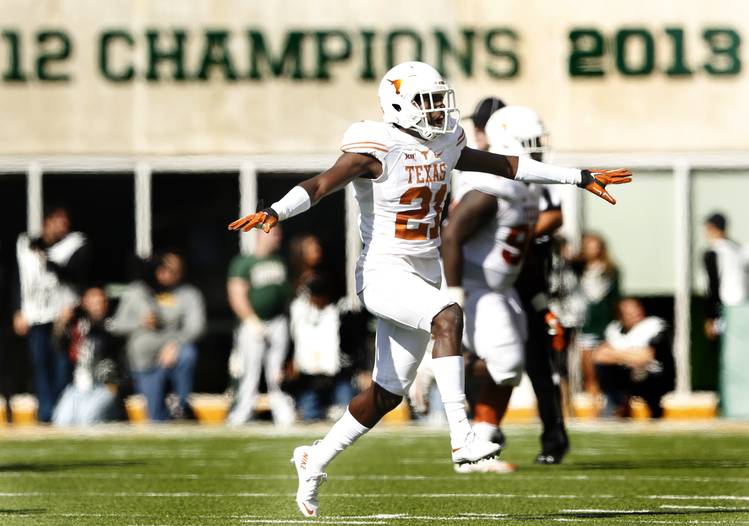 Texas cornerback Duke Thomas celebrates a play during the first half against Baylor at McLane Stadium in Waco on Saturday December 5, 2015. JAY JANNER / AMERICAN-STATESMAN

The former Texas cornerback was signed the Philadelphia Eagles practice squad on Tuesday, a little more than a month after he reached an injury settlement with the Houston Texans.

Thomas was a three-year starter for Texas, making 35 starts in the defensive backfield. He finished his career in 2015 with 173 tackles, six tackles for loss and seven interceptions. He signed with the Texans as an undrafted free agent.

Texas’ Jarrett Allen on list of ‘most talented freshmen’

Lil’Jordan Humphrey now at running back, maybe some defense, too?