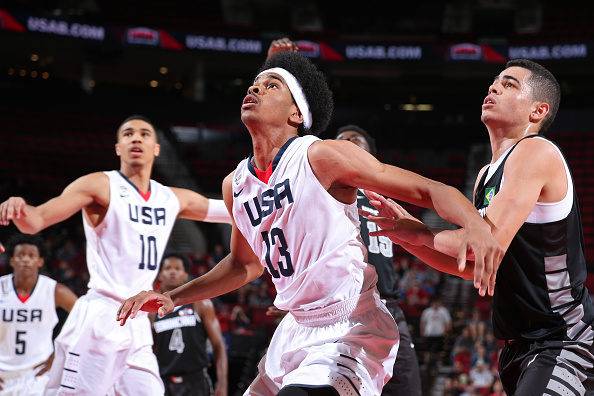 The start of college basketball is exactly 30 days away, and that means some of the most talented players in the country are about a month from seeing their first collegiate action.

Texas forward/center Jarrett Allen is widely considered one of the best in that group — a player everyone from fans to NBA scouts will be keeping an eye on throughout the season. This week, Matt Norlander of CBS Sports ranked Allen at No. 13 on his list of “most talented freshmen” heading into the 2016-17 season.

Here’s what Norlander had to say about Allen, who is the biggest recruit Texas coach Shaka Smart has landed in his young tenure.

Texas needs size, and Allen’s going to give it to them. He’s the second best freshman in the Big 12 (behind Josh Jackson), and it’s going to be interesting to see how Shaka Smart utilizes him. Smart’s never coached a player of Allen’s size and skill before, at least not since he’s been a head coach. He can play above the rim but also has some touch from outside.

Jackson, the No. 1 overall recruit for Kansas, is No. 1 on Norlander’s list. Allen and Jackson are slated to face each other twice when the Longhorns and Jayhawks play Jan. 21 in Lawrence and Feb. 25 in Austin.

In addition to his praise for Allen, Norlander also commented on the team as a whole, saying Texas “can be a surprise nationally, maybe even flirting with top-10 status throughout the season.”

Here are some highlights of Allen, who was ranked as the No. 17 overall recruit out of St. Stephen’s Episcopal in Austin and is No. 11 on DraftExpress’ list of 2017 NBA Draft prospects.