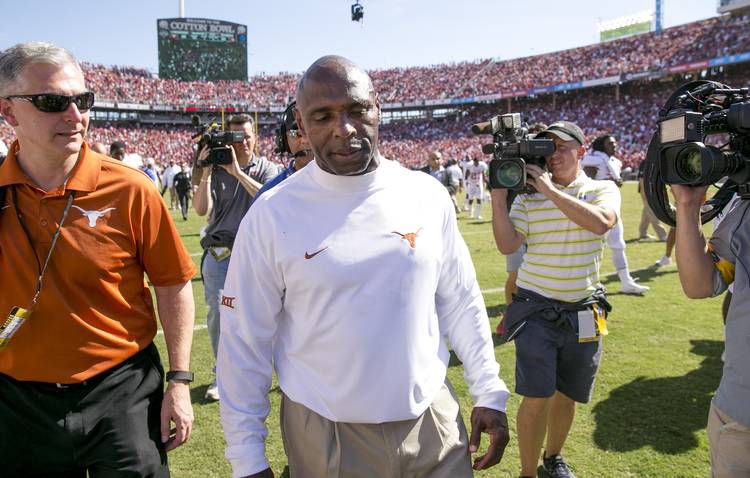 Comments made by ESPN personality Kirk Herbstreit about the Texas football “cesspool” got little more than an eye roll from Fox Sports analyst Joel Klatt.

Speaking on Dallas radio station 1310 The Ticket on Wednesday, Klatt gave his own thoughts on the Texas job.

According to Football Scoop writer Zach Barnett, here’s what Klatt had to say:

Joel Klatt, subtweeting Kirk Herbstreit on Dallas radio: "Everyone talking about who would want (the Texas) job? Give me a break."

Of course, Herbstreit went on record during last week’s College GameDay, saying that if Texas coach Charlie Strong was fired, he would be “released from the cesspool of being in Austin, Texas.” He also said that Texas chased away former coach Mack Brown, will chase away Strong and would chase away whoever would replace him.