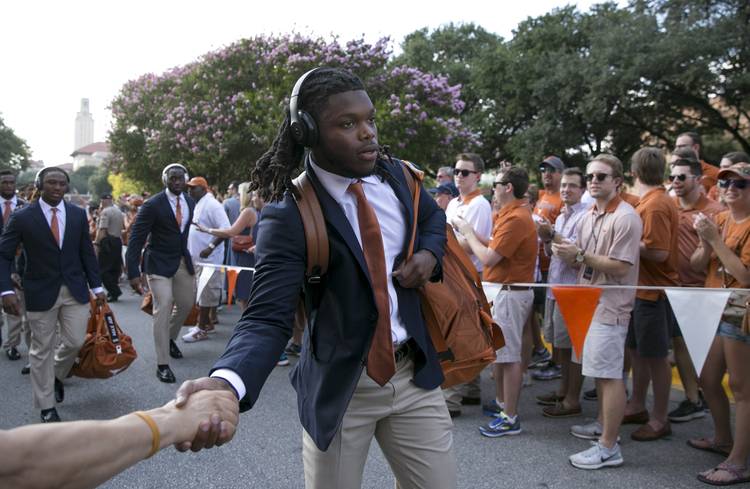 After watching Malik Jefferson on the Longhorn Network on Saturday, Texas fans will find their star linebacker on ESPN2 a day later.

Jefferson has been interviewed for an Outside The Lines story on the state’s campus carry law. In a clip released by the ESPN-produced show, Jefferson gives his opinion on a law that allows those who are licensed to carry a concealed handgun into classrooms and buildings at public universities. Echoing a stance he made public this summer, Jefferson said: “There’s no telling what kid has, what purpose they serve or what emotion they have that day.”

The Texas football program prohibits its players from bringing guns to team facilities or functions.

Outside The Lines airs on ESPN2 at 8 a.m. on Sunday. Jefferson, a sophomore from Mesquite who ranks second among the Longhorns with his 30 tackles, will be on the field on Saturday evening for a game against Iowa State that will be televised on the Longhorn Network.