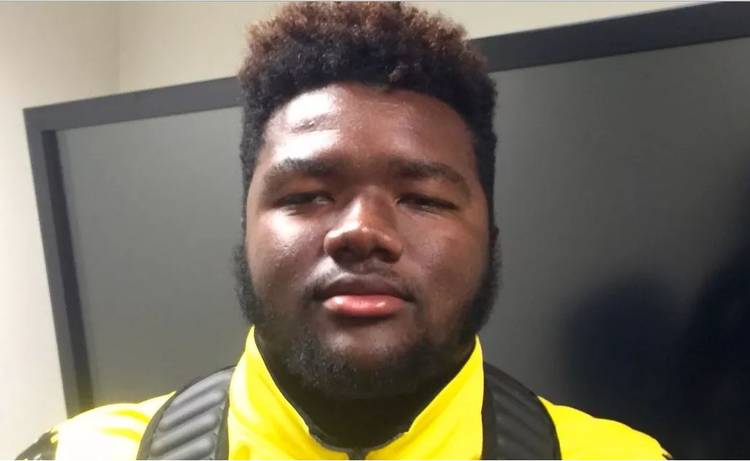 Marvin Wilson is the top recruit on the initial Austin American-Statesman Fabulous 55 for 2017. (Jeff Sentel/AJC)

Texas will aim to impress a lot of people when it takes on Iowa State on Saturday, and the No. 1 recruit in the state of Texas is among them.

Marvin Wilson, a 6-foot-4, 239-pound defensive tackle from Episcopal High School in Bellaire, Texas, is making his official visit to the 40 Acres for this weekend’s game.

Earlier this week, Wilson said that he would no longer consider Texas if the school decided to fire Charlie Strong. He and the rest of the Texas fans will be hoping the Longhorns can break their three-game losing streak by beating the Cyclones.