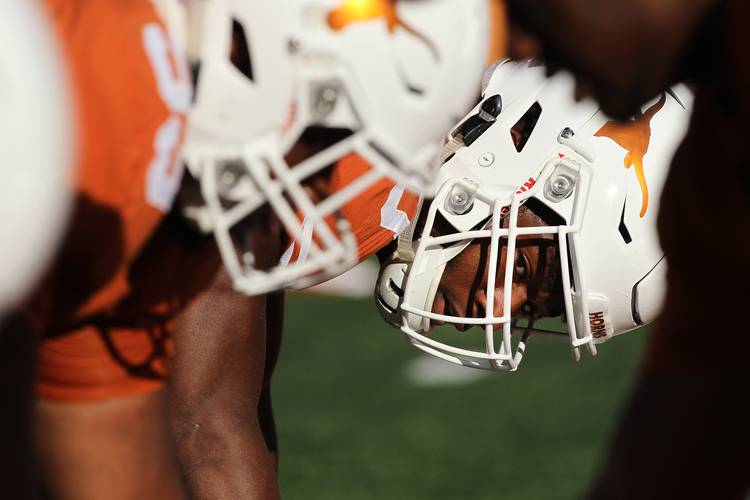 Texas center Zach Shackleford was injured in the second quarter of Saturday’s game against Iowa State when a Cyclones defender rolled over his legs from behind.

He was being evaluated for a left ankle injury.

Buechele goes wide in the 18-Wheeler formation. But Swoopes runs ahead. And now, Zach Shackelford is down.

Texas C Zach Shackelford putting little to no weight on that left leg as he's being helped off.

Texas C Zach Shackelford is helped off the field and Jake McMillon checks in. #HookEm

Zach Shackelford left the game and is still being evaluated for a left ankle injury. #HookEm

Shackleford, a freshman from Belton, Texas, has started all five games for the Longhorns this season. His replacement, Jake McMillon is a sophomore from Abilene who has played in 16 career games and has one start.

At the half: Cyclones lead Texas in ugly kickers’ duel, 6-3