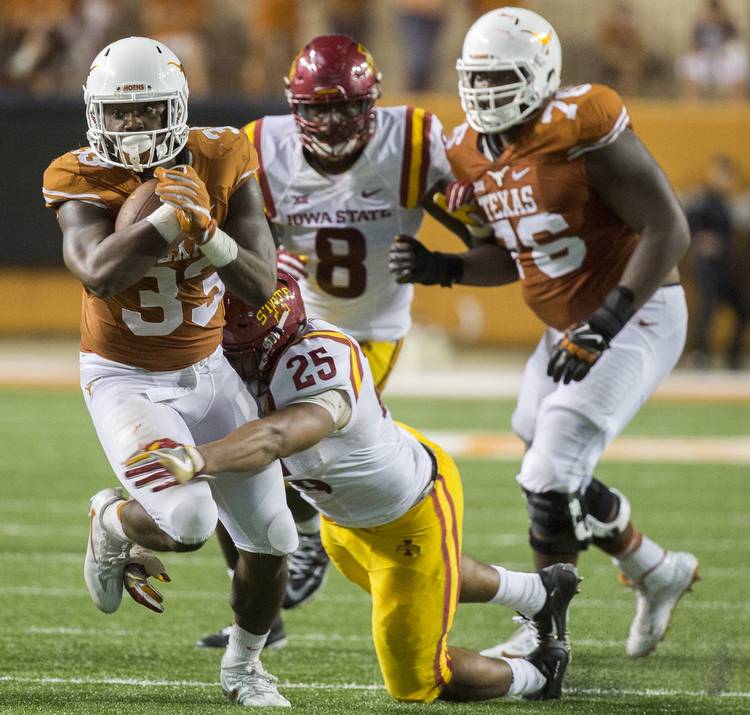 Texas running back D’Onta Foreman didn’t need much room to break off a big run in the third quarter.

Foreman took a small hole and turned it into an 18-yard touchdown, extending the Longhorns’ lead to 24-6 with 53 seconds left in the third.

Watch the run below:

Foreman also extended his streak of games with 100 rushing yards to seven games with the run — the longest active streak in the nation.

You said it: Texas fans react to win over Iowa State