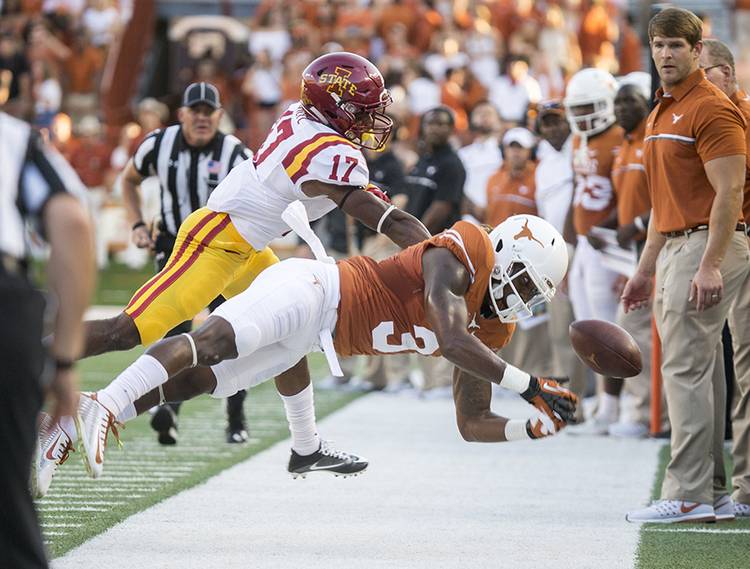 Texas scored its first touchdown against Iowa State since 2014, and the Longhorns had to do it twice.

The Longhorns went up 10-6 after the touchdown.

Here’s Foreman’s terrific, but illegal, effort to get into the end zone:

Great effort by Foreman. But it's for not due to facemask penalty. #Hookem https://t.co/qSu7ve26WZ

On the very next play, Buechele went up top and found Heard wide open down the left sideline. Watch the play below:

One play after Armanti Foreman had a 37-yard TD negated by off-setting penalties, Jerrod Heard gets that 37-yard catch. UT up 10-6. #HookEm

The #Horns needed that one. Was just asking @aasdanny where Jerrod Heard was. Now we know. Big play to start the second half.

WATCH: Texas gets fourth-down stop, and Charlie Strong is pumped