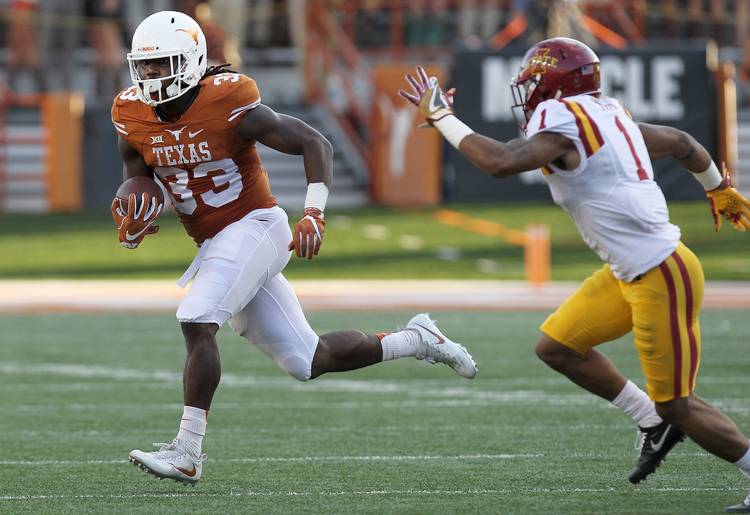 Texas running back D?Onta Foreman(33) looks to get around Iowa State D'Andre Payne(1) in the first quarter at Royal-Memorial Stadium, Saturday, Oct. 15, 2016. (Stephen Spillman / for American-Statesman)

The Big 12 caused quite a stir by doing nothing on Monday, announcing that it would not expand from its current 10-team membership.

Speaking on Des Moines radio station 1460 KXNO’s “The Morning Rush” on Tuesday, Iowa State Athletic Director Jamie Pollard made some interesting comments on the decision and the conference as a whole. In the course of the 18-minute interview, Pollard touched on the role Texas and Oklahoma play in the conference.

The $3 million refers to the TV contracts shared between schools in non-Power Five conferences. Schools in the Big 12 currently receive $25 million per year from ESPN and Fox.

“We’ve got two star players,” Pollard continued. “Whether people want to like that or not, we have two star players: Texas and Oklahoma. I’m glad to be on a team that’s got two great players. We benefit from being on that team. We could go play on a weaker team and be the star, but then everybody would be saying, ‘How do you get us in one of those Power Five conferences, Mr. AD?'”