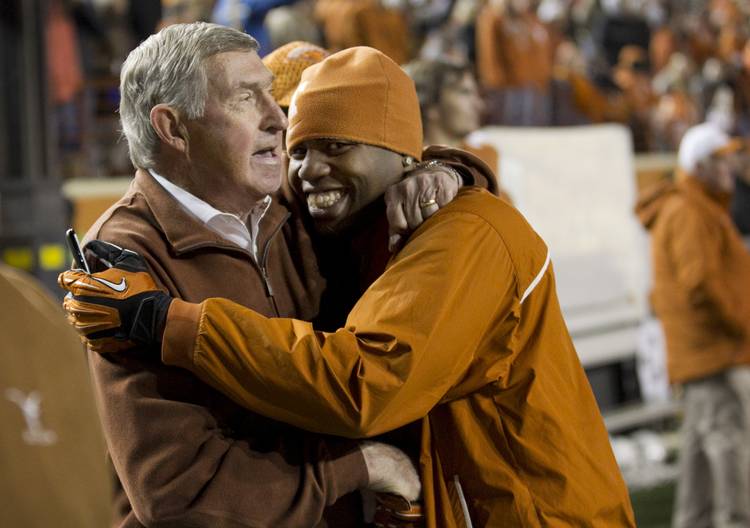 DeLoss Dodds paved the way for the Longhorns to become one of the biggest athletic departments in college sports.

The school is now honoring its former athletic director by renaming the pavement.

East 23rd Street on the north side of Royal-Memorial Stadium will be renamed DeLoss Dodds Way, according to UT officials.

“I look forward to seeing our football team walk down DeLoss Dodds Way surrounded by the best fans in America as they enter Darrell K Royal-Texas Memorial Stadium before a big game,” current athletic director Mike Perrin said in a statement.

Before all home games, the UT team busses roll up to the northeast corner of the stadium and drop off coaches and players. They walk down the street with fans standing on both sides cheering them on and go into the stadium.

The street renaming was one of several ways the school honored Dodds and his wife Mary Ann during a ceremony on Tuesday at Moody Theater.

The Longhorn Foundation has started a fundraising push to raise $775,000 for an endowed scholarship in Dodds’ name. The scholarship will be used for any former athlete who wants to return to campus and complete their degree.

Dodds was UT’s athletic director for 32 years before retiring in 2013.