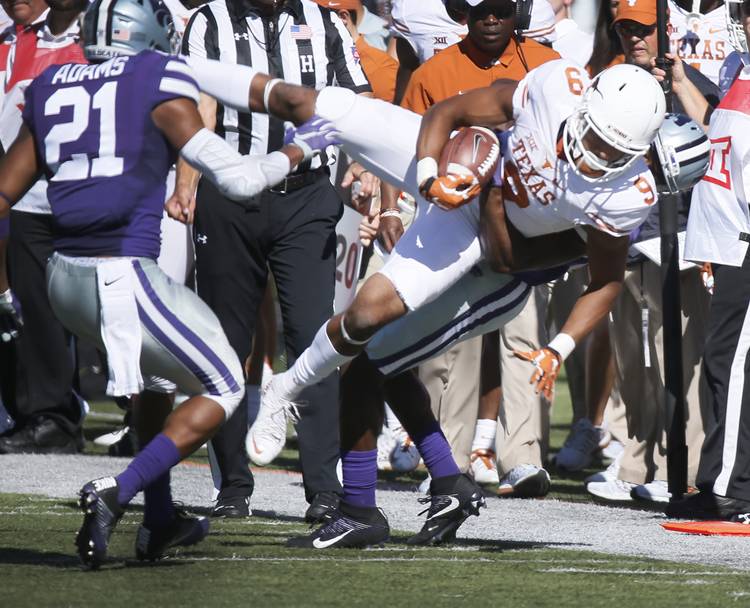 There wasn’t a lot of fun to be had for Texas fans during a 24-21 loss at the hands of Kansas State on Saturday at Bill Snyder Family Football Stadium.

Outside of an 80-yard touchdown pass from Shane Buechele to Devin Duvernay late in the first half, the Longhorns didn’t provide much excitement. It showed in fans’ reactions on social media after the game.

I would have had more fun cleaning out my garage, a waste of 3hrs

I am no longer angry or frustrated.

I have officially reached apathy.#HookEm

There's not enough Tex-Mex in Texas to make this feeling go away … but I'm gonna try. #HookEm

Appreciate the fight and effort, Horns. Too little, too late, though. #smh #hookem

UT looks worse as the season progresses and I need to increase my 🍺 budget to watch these games. #TEXvsKSU #HookEm 🤘🏽🐂