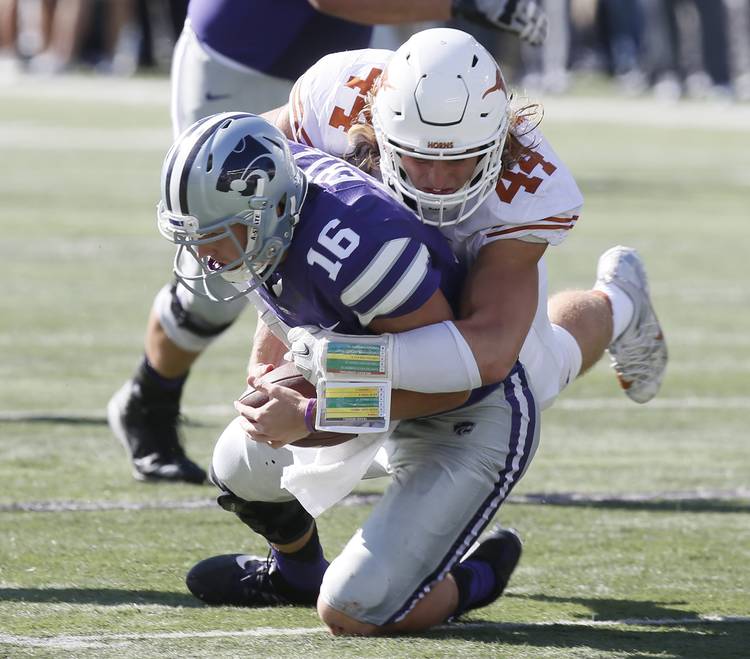 Texas needed a break with Kansas State barreling toward the end zone and a three-touchdown lead early in the third quarter. That’s exactly what the Longhorns got.

Texas linebacker Anthony Wheeler stripped Wildcats running back Charles Jones as he leaped toward the goal line, and safety Dylan Haines recovered in the end zone. The play was upheld after review.

That was a potentially game-saving strip by Wheeler.

Texas gets the ball at the 20. This is what it's come down to for the Horns — needing calls at the 1-centimeter line.

The halftime view from Ced’s couch: Horns can still win this game