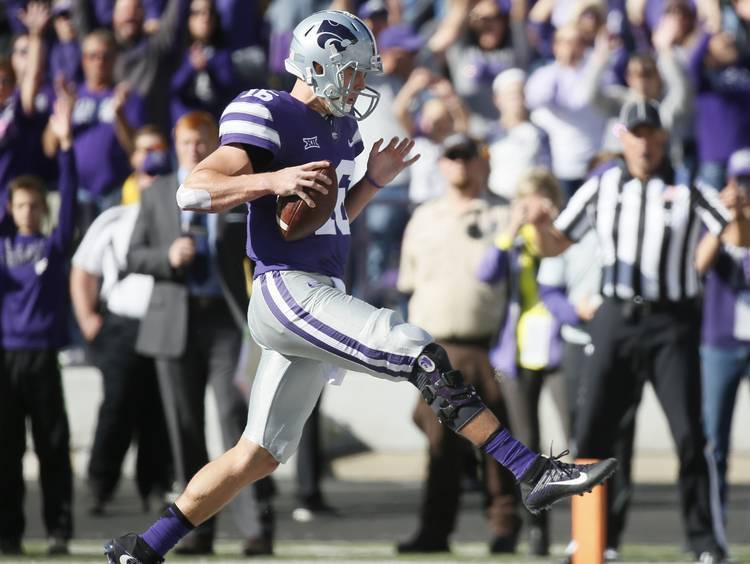 Texas got off to a rough start at Kansas State, as the Wildcats jumped out to a 14-0 lead behind a pair of touchdowns from quarterback Jesse Ertz.

Ertz scored his second early in the second quarter, when he escaped the pocket and ran 19 yards untouched to the end zone.

Touchdown K-State. Bonney with a critical whiff and Ertz goes 19 yards for the score. K-State now 30 for 30 in the red zone this year. 14-0

Jesse Ertz, statistically, is worst QB in Big 12. And he has a bad shoulder. Texas defense can work miracles.