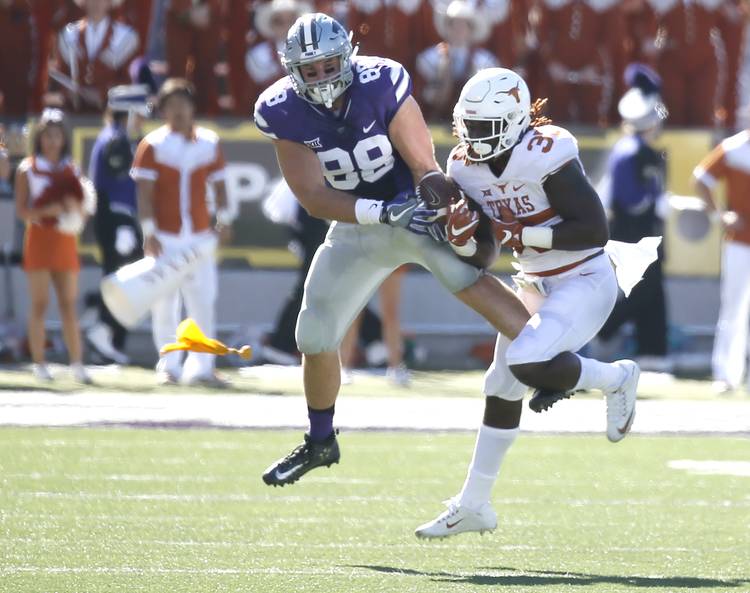 Texas linebacker Ed Freeman came up with a huge play in the fourth quarter against Kansas State.

Trailing 24-14 with under 10 minutes left, Freeman intercepted Wildcats quarterback Jesse Ertz and returned it 33-yards into K-State territory. Ertz also appeared to hurt his shoulder making a tackle on the play.

Interception by Ed Freeman. OK, the Horns are in business at the Wildcats 36. Charlie Strong is a genius.

Texas LB Ed Freeman with terrific interception and run back as Ertz put too much air under his pass.

However, the Texas offense couldn’t capitalize on the turnover. Shane Buechele’s fourth-down pass landed in the hands of wide receiver Armanti Foreman, but the junior couldn’t haul it in.

Deep ball to Armanti Foreman on fourth down would have been a terrific catch, but KSU's D.J. Reed knocks it loose.

That was a perfectly thrown ball by Shane Buechele.