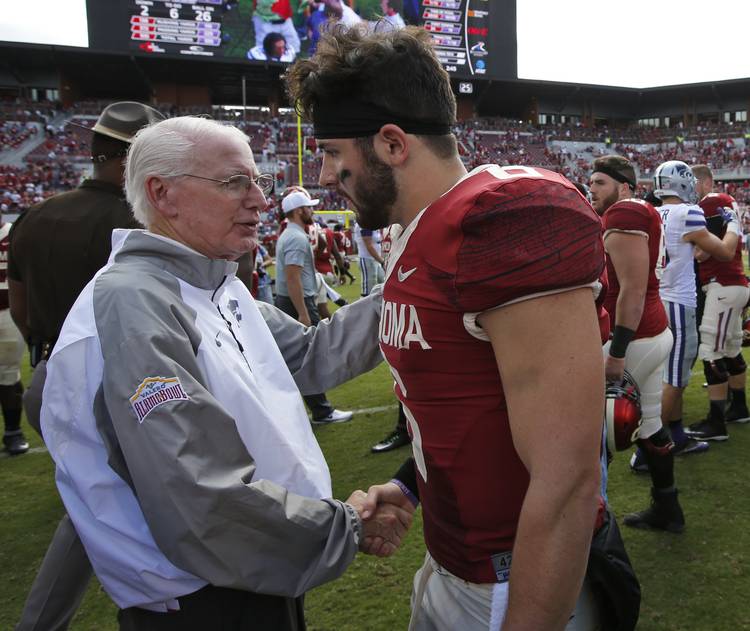 Following Kansas State’s 24-21 win over Texas on Saturday, Snyder met with his much-maligned counterpart and offered some encouragement. In their postgame meeting, Snyder told Strong that “I mean this from the bottom of my heart, you’re the guy. You are the guy.”

Strong addressed Snyder’s comments for the first time on Monday:

I have a lot of respect for Coach Snyder, and I know that he’s an unbelievable coach. When I first started coaching, even when I took the Louisville job, I said that I want to take this job and do this job like Coach Snyder did at Kansas State. Just for him to say that (explains) the respect I have for him.

WATCH: Texas football players on 3-4 record ahead of Baylor game