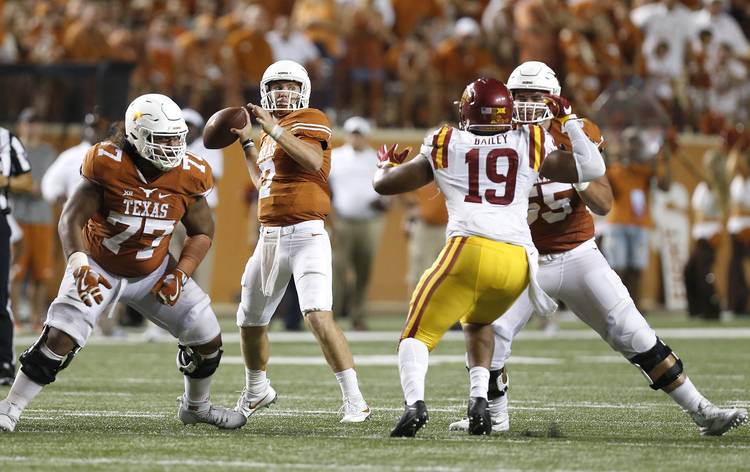 In a season full of sophomore slumps, one Texas player is bucking the trend.

According to grades put together by Pro Football Focus, left tackle Connor Williams has been off the charts. Through seven games, he ranks third in the NCAA in pass block efficiency and has allowed just two pressures on 225 pass block snaps.

RELATED COVERAGE: Some of Texas’ best are going through sophomore slumps

PFF has been keeping tabs on Williams all season. They had a similar update on him after the Cal game, at which point he was named to the early-season All-America team. Williams was also included on “PFF Dream Teams” for both run and pass-oriented offenses.

Only a true sophomore, Williams will not be eligible for the NFL Draft until 2018, but that hasn’t stopped draft analysts from taking notice of his performance.

He also appears to have gained the respect of his teammates, something that could pay dividends for the Longhorns’ young nucleus. Check out a couple responses he got on Twitter as a result of the Pro Football Focus tweet.

My boy is the goat https://t.co/aywFkDPEG3

WATCH: All of Texas WR Devin Duvernay’s touchdowns so far in 2016