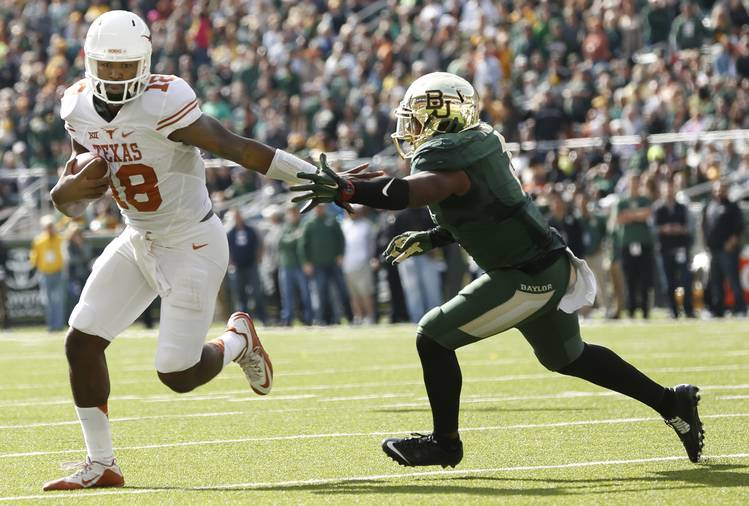 Texas quarterback Tyrone Swoopes makes a run in the first half against Baylor's Taylor Young at McLane Stadium, Dec. 5, 2015. Texas led 20-0 at the half. (JAY JANNER / AMERICAN-STATESMAN)