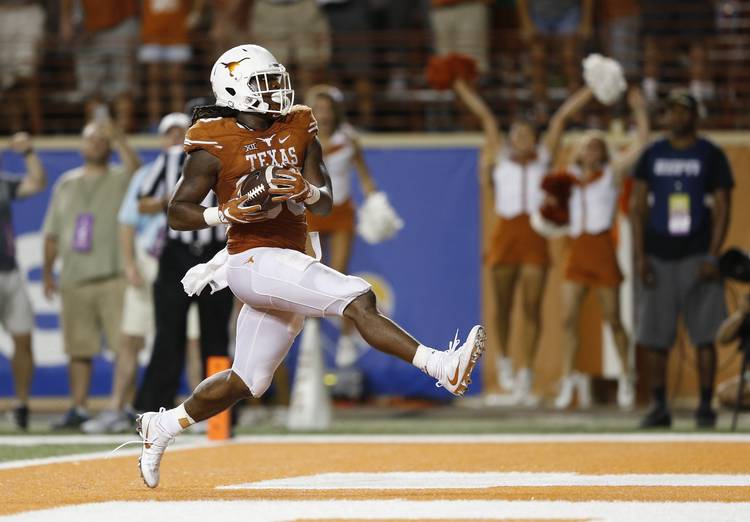 On Wednesday, ESPN released its mid-season list of college football’s 50 best players. Included in the rankings were five running backs, but Foreman was not one of them. San Diego State’s Donnel Pumphrey (No. 5), Florida State’s Dalvin Cook (No. 15), LSU’s Leonard Fournette (No. 39), Texas A&M’s Trayveon Williams (No. 45) and Penn State’s Saquon Barkley (No. 46) made the cut.

Foreman has scored eight times this season, and his 855 rushing yards lead the Big 12. Did ESPN make a justifiable omission? Let’s take a look at the rushing stats:

Foreman’s stats stack up with his ranked contemporaries — although Pumphrey is running away with the nation’s rushing title — but his case probably hasn’t been helped by Texas’ record. In fact, the only players on ESPN’s list who are currently starring on teams with losing records are Texas Tech quarterback Patrick Mahomes II (No. 22) and Ole Miss tight end Evan Engram (No. 34).

Although he was left off of ESPN’s list, Foreman’s accomplishments — which include an active run of eight-straight 100-yard performances — have not been ignored.

Texas HB D'Onta Foreman has not allowed a QB pressure in 84 pass block snaps this year, best of any back in college football. pic.twitter.com/Wr68PHtCxk

Whys of Texas: Is Baylor really the ‘worst 6-0 team in America?’