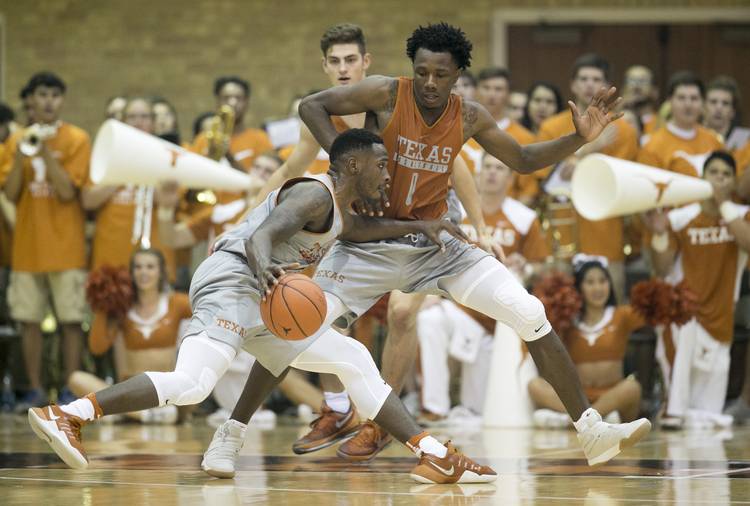 With the first basketball games just a few weeks away, and Big 12 Media Day over and done with, Texas men’s basketball is starting to create some buzz and this week Sports Illustrated chimed in.

The Big 12 coaches poll had the Longhorns finishing third behind Kansas and West Virginia, but Sports Illustrated didn’t follow suit in a recent preview article. The magazine has the Longhorns tied for second in the standings with a predicted finish of 10-8 along with West Virginia and Baylor. However, the magazine does rank the Longhorns fourth, behind the Jayhawks, Mountaineers and Cyclones, in conference rankings.

Not surprisingly the magazine touts the tandem of Kerwin Roach and Eric Davis and the addition of McDonald’s All-American recruits Andrew Jones and Jarrett Allen. Clearly the magazine is buying some stock in coach Shaka Smart and his program with this sentence:

Shaka Smart is building the sort of roster he needs to push Kansas at the top of the league, but that’s unlikely to happen this season.

Every coach in the Big 12 wants to create a roster that can knock off the Jayhawks, and many coaches have failed in the last 12 years. But with two talented recruits on campus today, Matt Coleman and Mo Bamba, and a strong recruiting class already in tow, Smart is building a roster that could likely hang with Kansas and the other basketball “blue blood” programs.