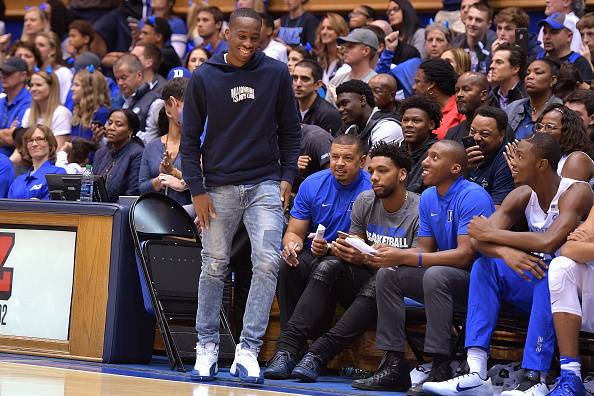 Shaka Smart figured there had to be some ancillary benefits to coaching Team USA’s Under-18 squad last summer. It may pay off this weekend.

The Texas men’s basketball squad will host two key members from the U18 team this weekend. Guard Matt Coleman and center Mohamed Bamba are both taking official recruiting visits, and both will see a side of Smart they didn’t see in Houston or Chile.

If the Longhorns could land Coleman and/or Bamba, it would turbocharge the team’s recruiting mojo.

Coleman, a 6-2 true point guard from Norfolk, Va., is considered the 32nd-best player in the 2017 recruiting class, according to 247Sports. He shot 53.1 percent in five games playing for Smart and Team USA, dished out 22 assists and had 10 turnovers.

During training camp in Houston, Coleman said, “You’re actually getting a first-hand look at a college coach’s style of play. With Shaka, coach (Kevin) Ollie and coach (Mark) Turgeon, how they talk to their guys and how they coach. It’s fun and at the same time, it’s like, ‘Wow, I could actually play for one of these guys.’ So you’re getting a little taste.”

Coleman is thought to be considering Texas, Duke, Kansas and Stanford.

Bamba, a 6-11 big man from New York, is an intellectual sort who’s way ahead of his time. He averaged seven points and 6.6 rebounds with Team USA, but the raw talent is undeniable.

Bamba has already visited Michigan and will do UT this weekend. The five-star center, considers the third-best player nationally, is also considering Duke and Kentucky.

The Longhorns have three players already committed for 2017 — guard Jase Febres and a pair of 6-8 forwards, Jericho Sims and Royce Hamm.