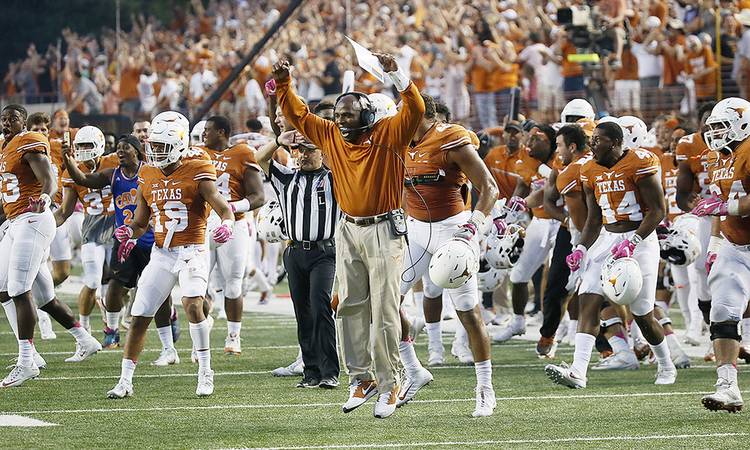 Texas used another monster game from D’Onta Foreman and a 39-yard field goal by Trent Domingue with 46 seconds left to upset No. 8-ranked Baylor, 35-34, on Saturday at Royal-Memorial Stadium.

Tonight, Charlie Strong flashed real anger toward the media about Texas' situation. He's not going to let this slip away without a fight.

That was as combative as I've heard Charlie Strong after a game. He has some fight in him.

While walking to the locker room, Paul Boyette greeted Malik Jefferson with a handshake. "Welcome back, 46," the DT told his LB. #HookEm

Charlie Strong said he praised the team for getting beyond "all the noise in the system and everything that’s been so negative."

No. 2 Texas volleyball loses first conference match in five sets to No. 6 Kansas